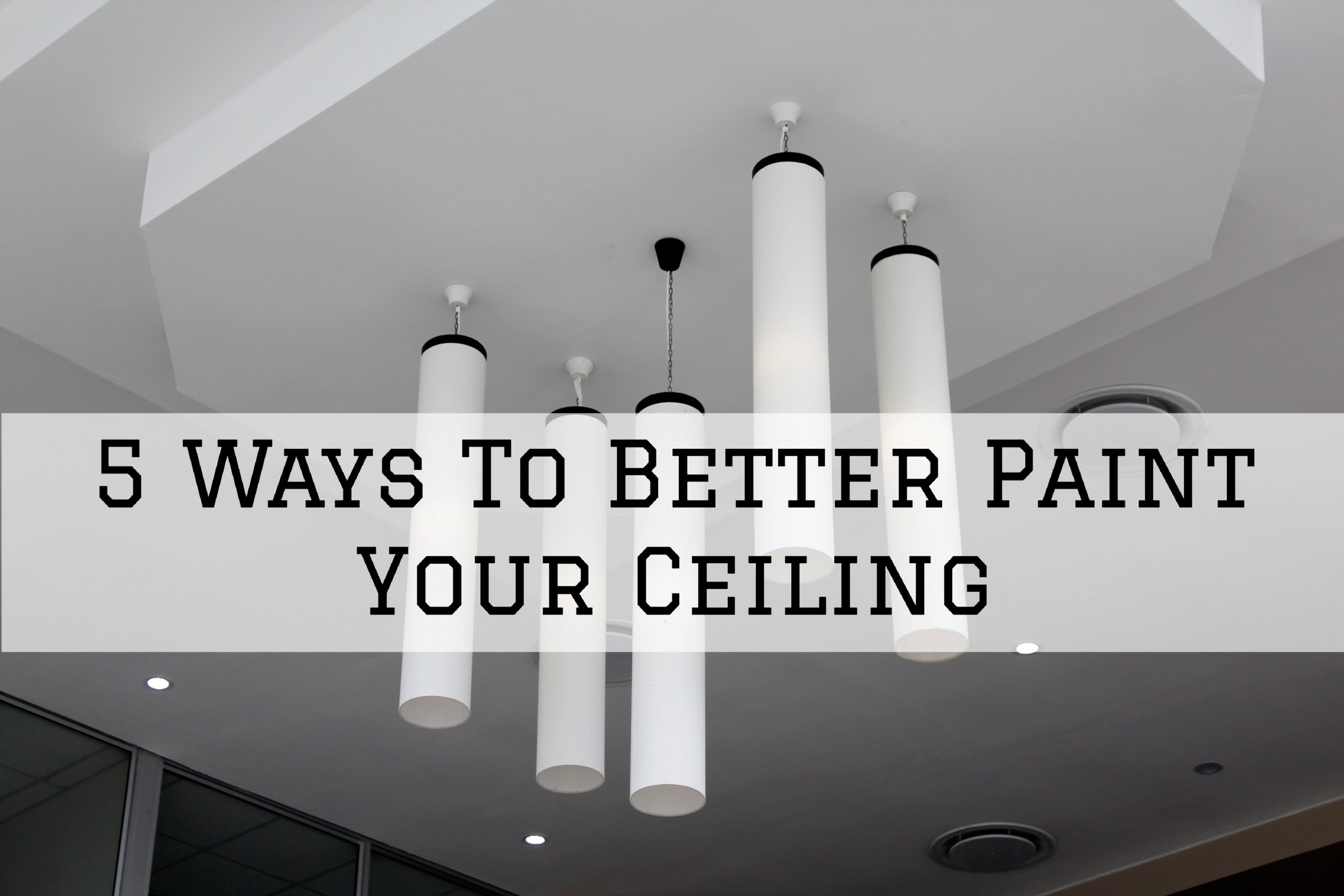 When you’re painting the interior walls of your home, you tend to think of the walls that are most readily seen as you enter the wall and seldom the wall that always is above you — the ceiling.

The ceiling is a wall that needs to be painted just like any other of the walls, and on top of that, it’s a bit more difficult for many reasons, including the fact that it’s often more challenging to reach it than the walls of your home.

With that being the case, here are five ways to better paint your ceiling in Baton Rouge, LA.

1. Remove Furniture From The Room

The furniture in your room may be good for a lot of things, but when you are looking to paint the ceiling, they do just one thing — get in your way.

The best way to take care of it is to remove them from the room for the duration of the painting process entirely.

If, however that is not possible, you can opt to move the furniture to the center of the room — as close to the center as possible — and cover it so that drips do not land on them with something like a tarp or a drop cloth.

2. Use Heavy Drop Cloth For The Floor

There is one thing that is pretty much inevitable when you are painting the ceiling, and that is that you will have some dripping paint, no matter how carefully you paint it.

The best way that you can protect the floor from such drips is to use a heavy drop cloth, such as the kind that uses heavy canvas and has a plastic liner such that paint does not get through.

The heavy cloth is good because it precludes the possibility that it will shift while you are walking about and expose it to drips.

3. Use A Ladder To Reach The Ceiling

It may seem fairly evident that if you’re going to be painting the ceiling and don’t have a telescoping handle on your paint roller, you will want to use a ladder.

Some would advise you to use a series of makeshift scaffolding to reach the ceiling instead, made with planks and just about anything to lift them – this is not advisable for two reasons.

A painting project such as a ceiling painting is a lot more time involved than people realize, and this is for a couple of reasons.

As this is the case, it generally can take an entire weekend to paint your interior room ceiling.

Sanding is not just one of the steps that you take before painting the interior walls of your home. It is also something you need to remember to do prior to painting the ceiling as well.

When you sand the ceiling, it helps to prepare the surface for the primer coat that will be following it and making for a surface that is as smooth as possible.

By sanding the ceiling, you also correct some of the bumps and imperfections that may be present on the ceiling.

Give A Reply Cancel reply

SELECT A TIME TO SCHEDULE AN ESTIMATE!